I stopped by the Lego store to sigh and covet–envy…I know deadly sin and all–the new Super Star Destroyer Executor set. It measures an insane 50 inches and the amount of detail in all the nooks and crannies is staggering. Truly befitting Lord Vader. But at a whopping $400 I couldn’t quite justify it. I could probably get a good majority of Lego’s entire Architecture line for that much. Aside from the epic geek cred the set would bring–you’d have to admit, you’d have to kneel before Zod on that one–I tried to rationalize it as an investment. Ridiculous? Not quite. I passed on the Ultimate Collector’s Millenium Falcon a couple years ago when it was about $400 and it now lists on eBay for more than $1750 and on Amazon for over $2500. I’m not talking about the current Millenium Falcon trinket at 1254 pieces (for $140); I’m talking about the epic 5,000 piece set: 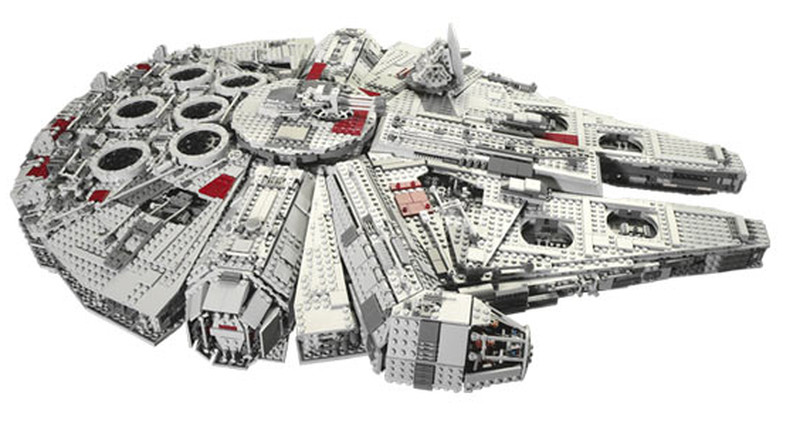 Still, couldn’t spend those kind of ducats on a Lego set (Executor or Falcon), no matter how epic. Besides, where would I have put it? But, while I was in the store I did see a cool piece of tech that Lego has done using augmented reality. Place most set boxes in front of their camera and a virtual model of the completed set is displayed. Rotate the box along the X and Y axes and the virtual model moves, giving you a view of the completed set from various angles.

Cool. A bit awkward with the bigger sets so I hope they work it out to have smaller trading cards that you can wave in front of the camera. Kids are gonna have a tough time lugging those big boxes themselves otherwise. Tip for Lego, put the camera a bit lower. Sure, it’s at an adult height for the parents who have to pay for it but making it more accessible at a child’s eye level will let the child interact more easily with it.